The number of women looking for genital cosmetic surgery is increasing to find ways to enjoy a better sex life. There are several procedures in female genital surgery, but we will introduce the 3 most common surgeries among them. These surgeries are performed under local or sedation anesthesia within 1~3 hours. Most patients can return to their daily routine within two to three days. However, they may be told to wait about 3~4 weeks until the wound and swelling to be heal completely before having sexual intercourse.

Vaginoplasty, also called as ‘vaginal rejuvenation’, is a procedure to tighten the vagina muscles of the vaginal wall and the vaginal opening. It is performed to strengthen those muscles while removing excess tissue from the vaginal lining. Many women choose to have a vaginoplasty after childbirth to fix vaginal deformations or repair vaginal stretches and tears. Women tend to lose their confidence after delivery during the sexual intercourse due to vaginal stretches. Since this procedure effectively results in a vagina with a smaller diameter and give a women better strength or control these muscles, it can lead to greater satisfaction for both female and her partner in their sex lives. There are also other reasons that affect the elasticity of the vagina besides childbirths such as frequent sexual intercourse, hormonal problems, rapid weight gain or loss and age.

Labiaplasty, also known as labial reduction, is a procedure to reduce or reshape excessively long, enlarged or redundant labia minora and labia majora, the folds of kin surrounding the vulva more cosmetically appealing. The size, color, shape of labia varies in their born, and may change after childbirths, frequent sexual intercourse and with aging. Women may feel irritation due to a big physical size. This discomfort can occur with tight clothing, sex, sports or other physical activities. Many women also under go labiaplasty because they are embarrassed about the appearance with the way their labia look. Rejuvenating the vaginal area can also help to restore a woman’s confidence during the sexual intercourse. This procedure is often done with vaginoplasty. 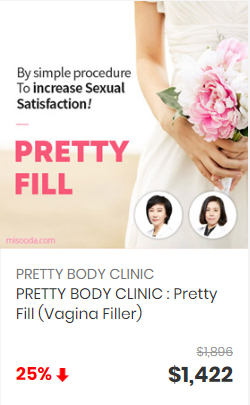